Dr. Russo has been featured as an expert in several media publications.

Raleigh Award-Winning and Top Rated Cosmetic Dentist Dr. Justin Russo has been recognized by state leaders in addition to being feature as an industry expert by some of the nation’s leading publications such as Good Housekeeping, Woman’s Day, redbook, INDY Week, Midtown Magazine, Cary Living, Triangle Style, The Scout Guide (national), The Scout Guide Raleigh I Durham and WRAL TV to name a few. Russo Dentistry has also been announced as a Headline Sponsor for Miss North Carolina, the third consecutive year Russo Dentistry has sponsored the competition broadcast held on ABC 11 WTVD.

11/3/2020: Over half of dental offices report COVID fear keeping patients from coming in

Russo said he has spent over $50,000 on masks, air filtration systems and oral suction tools to provide a safe environment, but he added that the fear is still there.

9/15/2020:Dentist: TikTok whitening hacks could be harmful to teeth

“I haven’t seen too many do-it-yourselves work out, and I’ve seen many people try,” said Dr. Justin Russo of Russo Dentistry in Raleigh.

“Russo said it’s not cheap either. Getting the proper supplies for his office are expensive but he understands it’s an investment and, most importantly, it keeps his staff and patients safe.”

9/15/2020: ‘People are stressed out to death:’ Dentists seeing spike in cracked or fractured teeth blame pandemic

“Patients have been streaming into Dr. Justin Russo’s Raleigh office at a steady pace complaining of toothaches. Some people come in with damage close to being beyond repair.”

Justin Russo, who has a general and cosmetic dentistry practice in Raleigh, has seen so many more problems from patients clenching their jaws and grinding their teeth that he has added an endodontist, who can help with related root canals, and a periodontist to assist with the increased need for dental implants. 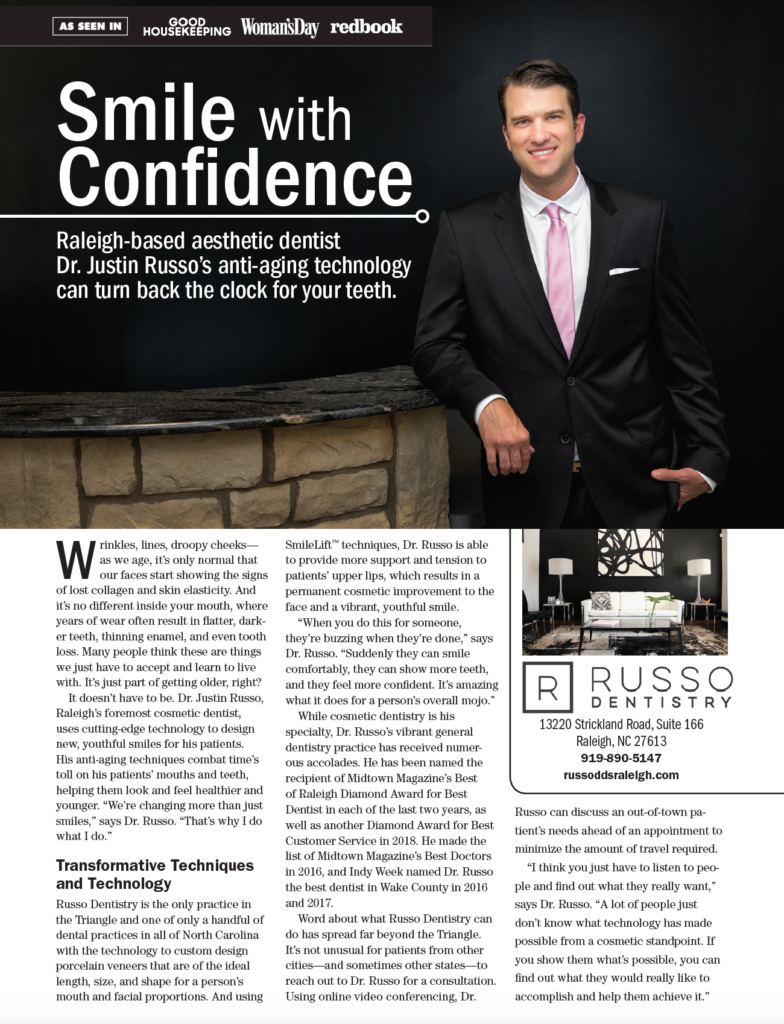 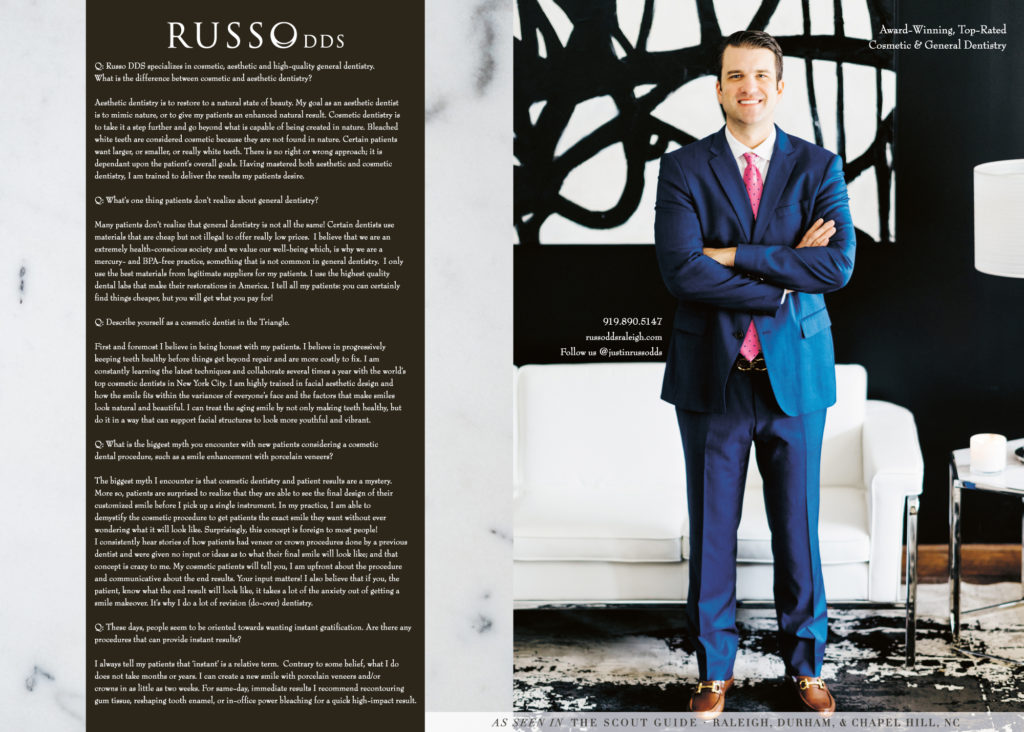 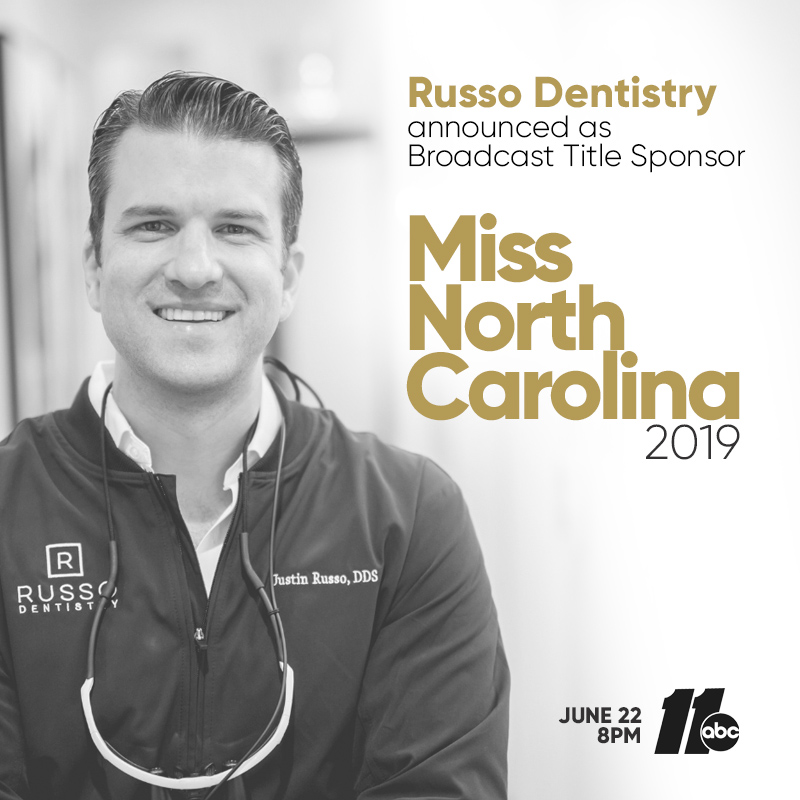 Raleigh’s best known General and Cosmetic Dentist, Dr. Justin Russo, performs high-quality cosmetic and general dentistry stemming from a passion that he developed while realizing he could use his artistic abilities to make patients look and feel better, as well as improving their overall health by ridding them from common dental infections.

See all of our before & after cases here! 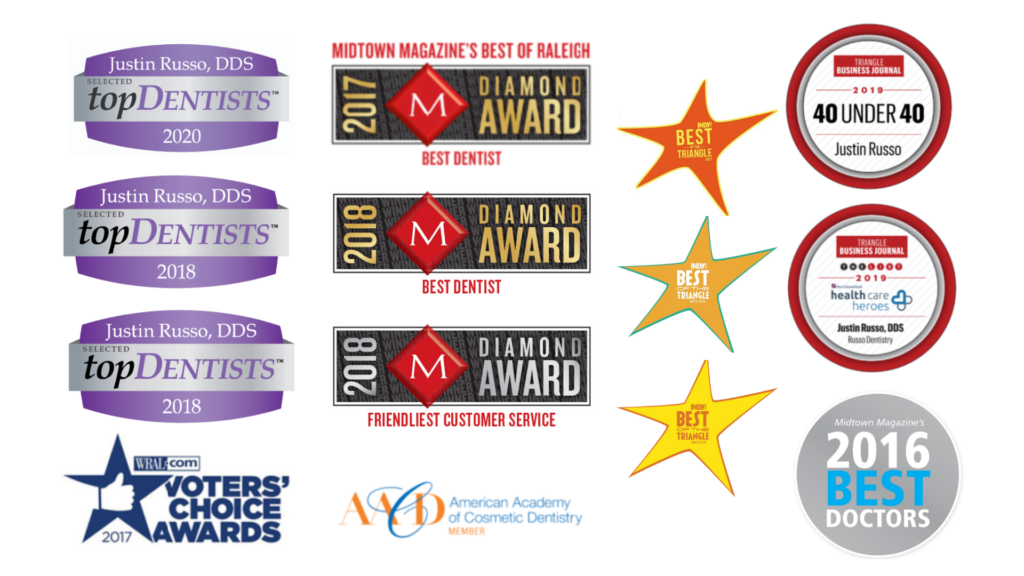 We understand that you have many choices for a dentist in Raleigh. That’s why we’ve made the process of requesting an appointment as simple and easy as possible. Click here to submit an online appointment request or call our office at 919-890-5147, and our friendly office staff will work with you to schedule an appointment that is best for your schedule.

If for any reason you are unable to keep your appointment, please let us know as soon as possible. We will help you reschedule your appointment on a more convenient day and time.